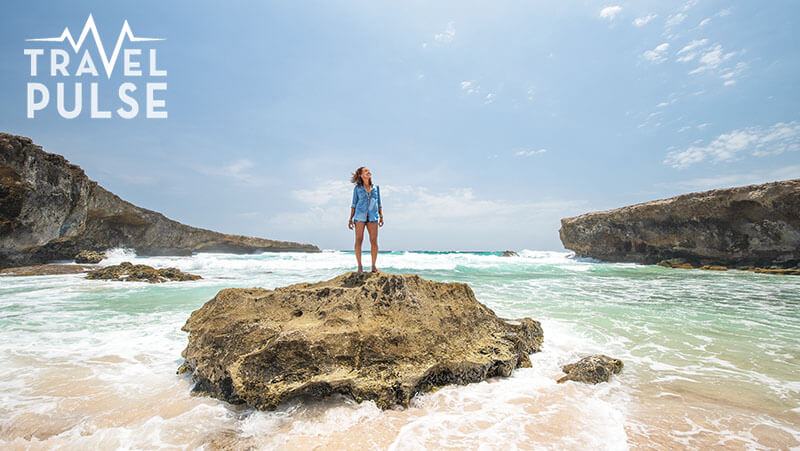 For decades now, Aruba has been known as “One Happy Island.”

Far more than a catchy tagline, the statement about the island’s happiness was based on what nearly anyone who knows Aruba will tell you: its people are genuinely warm and welcoming and love sharing their culture with visitors.

It’s a point not lost on Concept Farm, the longtime agency of record for the Aruba Tourism Authority, which has just launched a new North American marketing campaign for the island featuring dozens of Aruba’s own residents as the star storytellers.

The goal of the new “Authentic Aruba” campaign is to develop a deeper human connection between the island and its visitors, a connection that by many accounts, today’s experiential travelers crave.

“What makes this campaign so different is the fact that we have included the Aruban story being told by Arubans,” Ed Malone, area director for the Aruba Tourism Authority, told TravelPulse during an in-depth interview. “We’ve made an effort with this campaign to get away from the traditional beautiful, glossy print ads featuring models from abroad telling our story. We have the storytellers right here. It’s the Arubans telling their story in their words. Aruba is about so much more than beautiful beaches. That’s what this campaign is about.”

The centerpiece of the innovative campaign is six niche-focused landing pages on Aruba’s website that are “hosted” by a different Aruban local. Additional elements include short, medium and long format videos, GIFs and interactive content across television, digital, social, native, influencers, print, and trade shows.

In addition, the campaign is set to be featured as an installation throughout the Metro North platforms of Grand Central Station in New York City starting at the end of October. That effort will include more than 140 panels showcasing a sweepstakes to win a trip to Aruba with a stay at the Ritz-Carlton.

When sitting down with TravelPulse, Aruba Tourism Authority officials and executives from Concept Farm explained how the new campaign was produced and their hopes and goals for its results.

“Aruba has been ‘One Happy Island’ for 35 years,” explained Gregg Wasiak, partner at Concept Farm. “This campaign is about unearthing another level of happiness when humans connect. That’s the true magic of Aruba and one happy island.”

It’s a proposition that Wasiak said few other Caribbean islands are able to sell quite as well as Aruba because happiness and a welcoming attitude are part of the Aruban DNA, he contends.

There are various explanations for the legendary hospitality of the Arubans. Some of it may be tied to the fact that tourism makes up 90 percent of the island’s GDP and thus the importance of the industry is not lost on island residents who begin learning about Aruba’s hospitality industry at a very young age.

The island is also a place where no less than five languages are spoken, among them English, Dutch and Spanish. An island that’s 19 miles long and six miles wide, Aruba is home to almost 100 different nationalities.

“Having that kind of diversity is really, really special,” continues Wasiak, seeking to explain what makes Aruba so unique.

That diversity was channeled into the production of the new campaign, which engaged at least 100 Arubans both in front and behind the camera.

About 50 Arubans are featured as star storytellers in front of the camera. Six are hero storytellers focused on a particular niche such as Aruba’s culinary offerings, culture or romance. And within those overarching niches there are many more unique storytellers utilized to showcase specialized topics such as music, dance, carnival and more.

Historically, Aruba has rolled out a new marketing campaign about every two years. But both Wasiak and Malone agreed that this new approach to telling the island’s story is likely here to stay.

“Our feeling is that this is more than a campaign,” said Malone. “It’s an ethos. It’s a way of presenting Aruba more authentically.”

US Creative Work of the Week: Aruba Tourism Shows Off Its Island Paradise
Concept Farm is awarded the 2018 Most Effective Travel & Tourism Campaign!